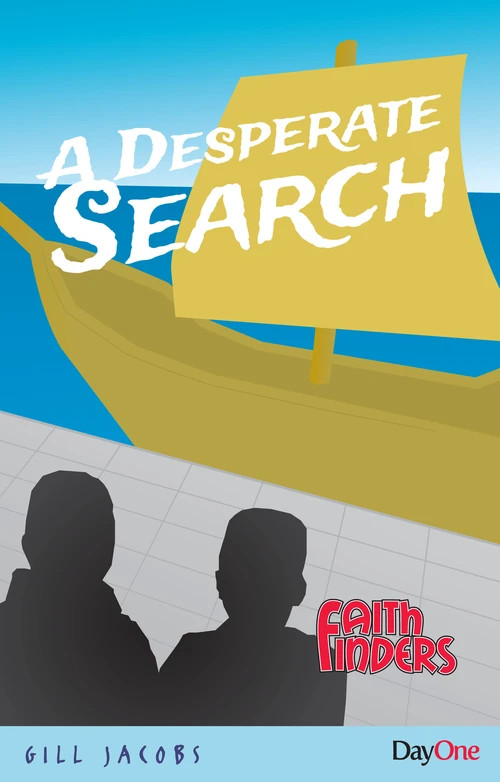 Alexander lives in Antioch with his family. They are Greeks believers who had previously been followers of the Greek and Roman gods of the day. When his sister Irana is kidnapped and disappears Alex and his friend Mattias are determined to find her.

The biblical events woven into the story begin where Gill's second book ends with Paul's first and second missionary journeys. The two friends are caught up in the adventures of the early Christians.

As Alex searches for Irana he also finds himself understanding more about for the meaning of suffering and gains a better understanding of a great, good God who cares for those who trust in him.

Gill Jacobs lives in Hampshire with her husband John. They have two grown up daughters and two grandsons. She has always enjoyed working with children both as leader of the youth work in her church and also as a Paediatric Occupational Therapist. Her own experience of coming to faith as a child and her understanding of child development has convinced her of the need to teach children the truth while they are young. Being married to a converted Jew has given her insights into Jewish thinking and culture.

"Gill Jacobs has written a book that helps young readers step into the New Testament world, taking them on an adventure across the Roman Empire and into a greater understanding of faith in God. This short novel, aimed at a young audience, follows the journey of Alex and his friend Mattias as they seek to find his kidnapped sister Irana. They are led from their home town Antioch to varying places in the Roman Empire and find themselves caught up in the narrative of Acts, bumping into Peter, Barnabas and Paul as they search. Jacobs creates an immersive New Testament world that brings to life the cities, religions, people and culture of the first-century Roman Empire. By creatively including some stories from Acts, the reader finds themselves right in the middle of the story of the Bible. As well as helpfully bringing to life the biblical world, the story explores what it looks like to have faith in God when life is hard. Alex and Mattias struggle with doubts and questions in the midst of their adventure, but in it they find a God who is good, whom they can trust and who is looking out for them. The depiction of persecution of the early Christians may require a child of younger maturity to have an adult available during a couple of chapters. Nevertheless, this is a helpful and inspiring book for a young person further to explore questions of faith and the life of the New Testament."
Ben Baker
Evangelicals Now